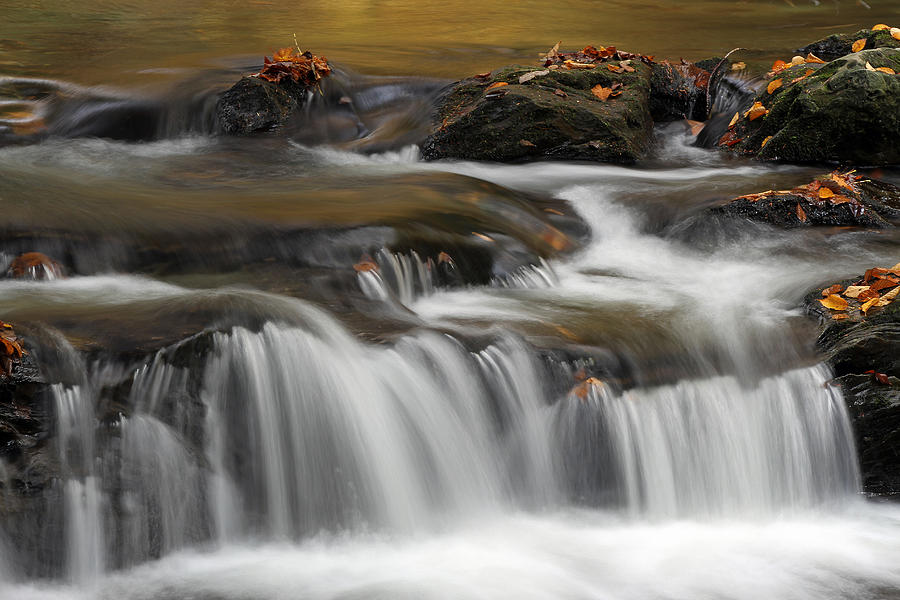 Photograph of cascades above Bartlett waterfall in the Green Mountains of Vermont photographed during New England fall foliage peak colors in October 2013.

From Wikipedia: Lincoln Gap, is a mountain pass in the Green Mountains of Vermont. The highest point of the pass is located in the Town of Lincoln, Addison County, about 0.5 miles west of the boundary between Addison and the Town of Warren in Washington County. On the east side, Lincoln Gap is drained by Lincoln Brook, which drains into the Mad River, the Winooski River, and into Lake Champlain. To the west, the gap is drained by Cota Brook, which drains into the New Haven River, Otter Creek, and into Lake Champlain. In turn, Lake Champlain drains into the Richelieu River in Quebec, thence into the Saint Lawrence River, and into the Gulf of Saint Lawrence. The Green Mountains are a mountain range in the U.S. state of Vermont. The range runs primarily south to north and extends approximately 250 miles (400 km) from the Massachusetts to Quebec, Canada. In Massachusetts the Green Mountains are known as The Berkshires, while in Quebec they are called the Sutton Mountains, or Monts Sutton. All mountains in Vermont are often referred to as the Green Mountains. However, other ranges within Vermont, including the Taconics and Northeastern Highlands, are not geologically part of the Green Mountains.